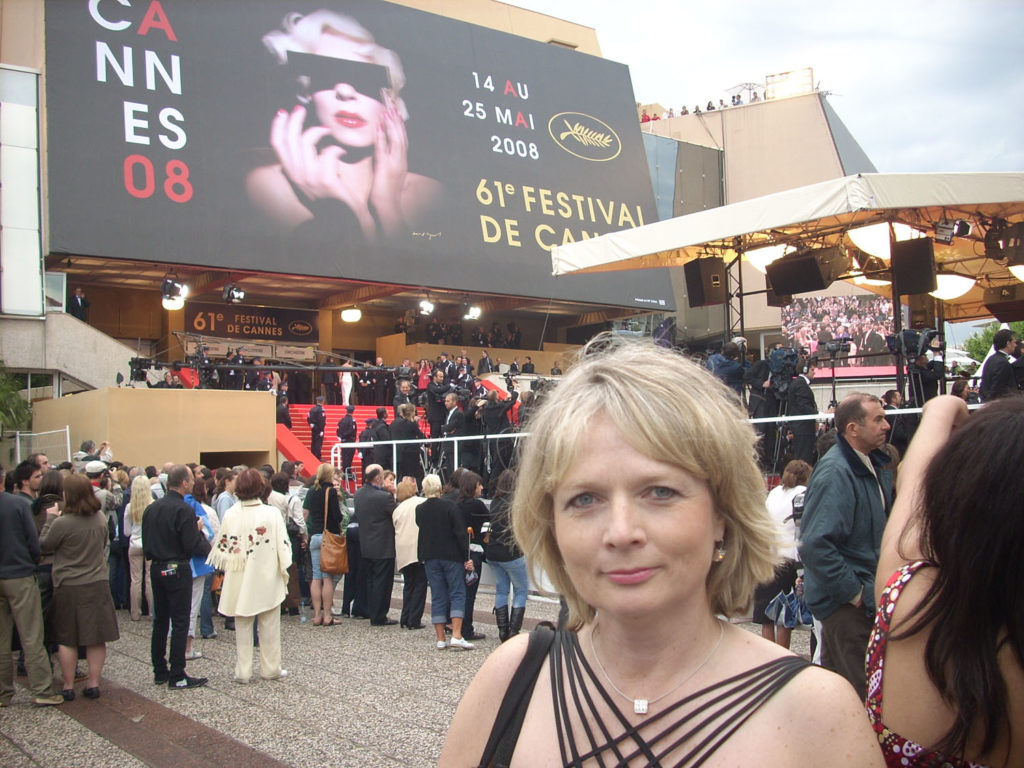 Getting a film into Cannes is an accomplishment no doubt worth crowing about, however, most filmmakers squander their golden opportunity without a plan. Instead, images of all-night parties on yachts and exclusive parties are the sugar plums dancing in their heads instead of finding a way to give your film status at a market like Cannes.

This is especially and vividly true when I visited the Short Film corner that was unbelievably crowded with very little opportunity for anyone to take any time in this underbelly of the film market universe. I had been there two times in a row with the first being a way to learn the ropes just as I learned from a Cape May film festival friend and filmmaker, Jill Wisoff, who sent me some interesting notes that I keep on file–

I suggest joining the Cannes network if you aren’t on at cinando.com which gives you access to everything and you can register early for Cannes and you have access to every buyer, seller, distributor, a participant in the market and as well through Berlin and AFM markets including lists of the companies, the films they rep, etc. This list also prints out in the yearly Cannes market book people use all year. I don’t know at what point they post prices for rental but for the cheapest way to give status to your film. You can rent a screening for the Cannes market in advance. They rent in the Gray d’Albion, a luxury boutique hotel, the Palais screening rooms, and the Riviera I think… The Palais is a good place because people can find it easy compared to the Gray d’Albion screening rooms. Screening rentals ran from about 300 or so to 900 may be more US; but, the point is if you rent for ONE screening, your film gets listed in the Cannes guides and in a number of the trade papers that list all market screenings plus the daily Cannes screening guides passed out to the 80,000 or so in hotels and throughout the region that attend the market. That’s a lot of eyeballs. I learned what to do by going a year earlier to Cannes (on the advice of a major producer rep I talked to) and scoped it all out…I also have a good friend who’s a boutique indie distributor so I sort of got the lay of the land and advice to screen there. Believe me, before I even decided to make my film I was already well on my way to learning what I could about distributing at least on the small scale by accompanying one distributor’s company to Sundance and helping just to learn. Get all the listings that go with it it’s easiest to arrange the screening a small indie ad in the trades will cost more in any case and this way you cover all your trades AND have a screening…again I suggest renting a small screening room in the Palais which really has people showing up to get into screenings all the time…you can give your choice of day and time (most market people leave by the 7th day of the festival through the festival goes to the Sunday so be aware you want to book maybe through the first Saturday through the following Tuesday when the industry is still around). An article called “You Cannes Do It” is about indie filmmakers and how to promote at Cannes and why we decided to do it etc…none of it is hard, difficult, or a mystery. Filmmakers continually have to sell and distribute their own films and have to become our own promo/distribution machines and that includes doing what all big and small distributors have done at Cannes and other markets for decades. While many filmmakers opt to do the festival circuit more so for their Facebook page, what some have discovered in the long run is it’s so much more costly and maybe not as effective going the festival route when you can reach the entire industry and name recognition with one little screening at Cannes. Those five or so, smaller regional film festivals that are hard to come by these days for a feature usually aren’t going to get you a distributor deal anyway unless you win at Sundance, and even then…well you know the story these days. The festival people at Cannes can be contacted any time and they’ll advise. They make it very easy to arrange your screening. You can do it all online, but as I said, I don’t know at what point you reserve a screening. I might have done so around February or March, but don’t wait if you don’t have to.
Let me know if I can help in any other way… Very nice to meet you as well there!
Best, Jill Wisoff

In any event, sitting in the Short Film corner will not get you very far. Just as a filmmaker mentioned that he doesn’t go to Sundance because if he doesn’t get into the parties, it’s not worth going at all. I couldn’t help it, but I totally disagreed. There’s more to it than meets the eye and is worth every moment of the film festival experience. I’ll have to dig up more on this topic as I keep hearing similar stories from filmmakers who have gone to Cannes with their short films and came back a bit shortsighted. Lessons learned.