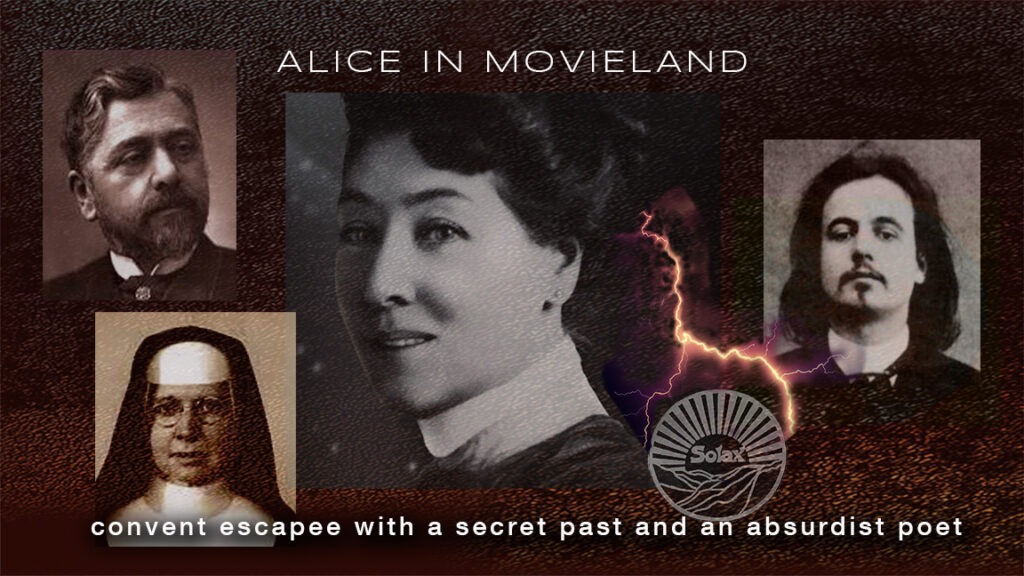 LOGLINE
An impressionable, tech-savvy young woman in search of her identity falls into life’s rabbit hole at the dawn of the moving picture industry, testing the devilishly-guarded bastion of male chauvinism.

CONCEPT
As the bourgeois repressed social order opens up at the turn of the century, artists and free thinkers join industrialists to achieve their goals. Consequently, a super-tech chick arrives on the scene influencing the likes of Picasso and Braque, impressing inventors and entrepreneurs, Eiffel and Einstein, while launching an upside-down, topsy-turvy, breaking-the-rules approach to life’s scenarios with highly visual creative moments.

IN ESSENCE
This is an original story inspired by real events in the life and times of the first woman film director, Alice Guy Blache. She rose up the ladder from secretary to super tech chick influencing Picasso and Braque, training camera operators in deep focus and special effects, affecting the transformation of theater performer–rival and competitor–D.W. Griffith. By 1912, she is the only woman film director in the world producing a consistent body of work– directing at least 324 films.